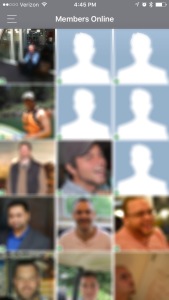 A few weeks ago, I was sorting through some things to throw away when I came across a conversation that I had printed out between myself and a guy I had met on Christian Mingle. This was the last guy I talked to before I quit the site in the early Fall. As I read the conversation, I was flooded with thankfulness that once again the Lord had protected me from what I thought was best. Everything he said seemed so great, however, there were some serious spiritual issues that caused some concerns that he became very defensive of when I received them as red flags. I’m not going to apologize for how the Lord has wired me. He raised me in the home of a pastor for a reason. He gave me the convictions that He has not so I can stand in judgment of others but in order to protect me from myself.

This guy was clearly not the right one for me. My mom calls those kinds of guys “phony guys” while my best friend calls them “counterfeits.” But after my reading of John 10, last month, I am going to start calling them “hired hands.”

I had been reading Rachel Wojnarowski’s The Names of God reading plan for December. On this particular day the reading was on John 10:34-42 and how Jesus is the “Son of God” but my eyes were drawn to the first part of the chapter and the parable of The Good Shepherd and His Sheep. While I have no desire to over spiritualize scripture I couldn’t help but draw a parallel between dating/courtship and the Good Shepherd/sheep.

“I tell you the truth, anyone who sneaks over the wall of a sheepfold, rather than going through the gate, must surely be a thief and a robber! But the one who enters through the gate is the shepherd of the sheep. The gatekeeper opens the gate for him, and the sheep recognize his voice and come to him. He calls his own sheep by name and leads them out. After he has gathered his own flock, he walks ahead of them, and they follow him because they know his voice. They won’t follow a stranger; they will run from him because they don’t know his voice.”

Those who heard Jesus use this illustration didn’t understand what he meant, so he explained it to them: “I tell you the truth, I am the gate for the sheep. All who came before me were thieves and robbers. But the true sheep did not listen to them. Yes, I am the gate. Those who come in through me will be saved. They will come and go freely and will find good pastures. The thief’s purpose is to steal and kill and destroy. My purpose is to give them a rich and satisfying life.

“I am the good shepherd. The good shepherd sacrifices his life for the sheep. A hired hand will run when he sees a wolf coming. He will abandon the sheep because they don’t belong to him and he isn’t their shepherd. And so the wolf attacks them and scatters the flock. The hired hand runs away because he’s working only for the money and doesn’t really care about the sheep.” John 10:1-13

Ladies, we want to wait for someone who seeks to model his life after the Good Shepherd, Jesus.

Let’s Go Deeper: Are you a hired hand? Are you only in a relationship for what you can gain? Are you shortcutting the system? When things don’t go your way do you pout and punish him until he gives in?

So what is our response to be?

The Lord wants us to wait for the shepherd and stop wasting our time on hired hands.

Let’s Go Deeper: Have you truly surrendered your heart and control of your life to the Lord? To the point that you can still serve Him joyfully and with purpose even if marriage isn’t what He has planned for you or you go through seasons of major “date drought”? Is Jesus enough?

Let’s Go Deeper: What are your convictions? Write them down. Purpose to live by them. Share them with several friends and/or family members who will unashamedly hold you accountable to them and don’t fight them when they do! Sex is a gift from God that is meant to be shared between a couple that is married to each other, not living together, but someone who has made a covenant before God to love each other till He calls you to heaven. It can be hard to stay true to that Biblical conviction but it can be done even if you have made mistakes in this area before but you have to set clear-cut boundaries! And, friend, if he won’t then he’s not the “leader” you need in your life. Move on. He’s not valuing you over your body and his needs. And in case you aren’t sure … no man of God is ever going to ask you send him a nude picture of yourself.  No Godly girl has time for that. Walk away.

Let’s Go Deeper: This is where I think the idea of “guarding your heart” (Proverbs 4:23) comes into action. It’s hard to know how to guard your heart but we have been given a gift in the Holy Spirit and He is quick to let us know when we should or should not do something. Learn to listen to that voice. Don’t be so quick to open up your soul to every guy out there. Let him discover the inner beauty that the Lord has been cultivating in you over the years a bit at a time. In the past, I have been too quick to share it all that when things didn’t work out with a guy I felt emotionally exposed and I had no one to blame but myself. So instead of giving every guy a piece of my heart here and there I have put a hold on it for “the one” the Lord may or may not have for me. I am still a fairly open book but there are some chapters that are for one pair of eyes only now and that’s ok.  I have learned that when I shut my mouth I am able to pay better attention to the red flags anyway! Funny how that works. 🙂

Friends, I don’t have the answers to dating or courtship and again, I don’t want to over-spiritualize scripture but I don’t think we can ever go wrong with surrendering control of our relationships to the Lord. Daily seeking His wisdom in our interactions with the opposite sex. Allowing Godly friends and family members to hold us accountable in our relationships. But most importantly actively listening to the Holy Spirit and heeding His command.

To my guys out there that are doing things God’s way … thank you! Hang in there. Keep at it. God has a purpose and plan for it, I promise.

And ladies, let’s not forget that while we are meant to be pursued we need to be worthy of the pursuit. So while your shepherd is seeking after God’s own heart be faithfully seeking the Lord’s heart as well as one day you might look up to see the Gatekeeper is unlocking the gate of your heart.

I love you all!

View all posts by melodyfaithm